FOR IMMEDIATE RELEASE No. 3131 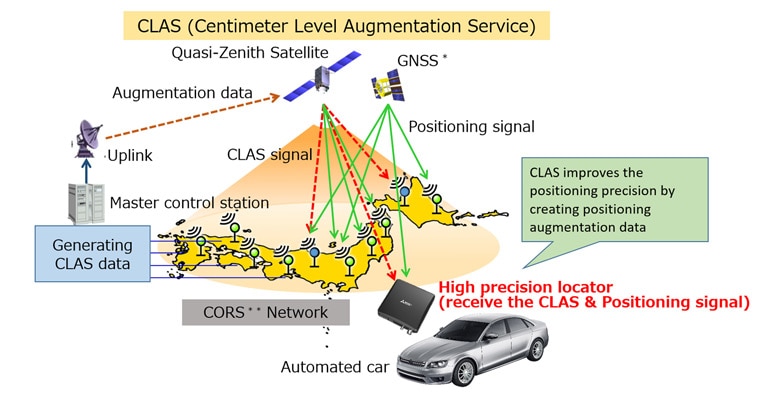 CLAS is a positioning-augmentation service for high-precision positioning, distributed free of charge in Japan from the QZSS, which operates under the auspices of the Cabinet Office. CLAS is scheduled to begin operating in April 2018 and is currently in the final stages of verification. It is expected to be used for practical applications such as safe-driving assistance and automated driving.

Satellite positioning is used for daily-life solutions that receive positioning signals transmitted by global navigation satellite systems (GNSS*) operated in various countries. The precision of existing solution is limited to within a few meters because of errors due to satellite orbits, satellite clocks and satellite biases as well as local environmental factors such as ionospheric and tropospheric delays. CLAS improves precision by using positioning-augmentation data from a network of continuously operating reference stations (CORS**) administrated by the Geospatial Information Authority of Japan. The data is broadcast via the QZSS to high-precision positioning receivers installed in automobiles that can detect locations with centimeter-level accuracy.