FOR IMMEDIATE RELEASE No. 3164

TOKYO, January 31, 2018 - Mitsubishi Electric Corporation (TOKYO: 6503) announced today that it has developed a 6.5 kV full silicon carbide (SiC) power semiconductor module that is believed to offer the world's highest power density (calculated from rated voltage and current) among power semiconductor modules rated from 1.7 kV to 6.5 kV. The unprecedented power density is made possible by the model's original structure with integrated metal-oxide-semiconductor field-effect transistor (MOSFET) and diode on single chip and its newly developed package. Mitsubishi Electric expects the module to lead to smaller and more energy-efficient power equipment for high-voltage railcars and electric power systems. Going forward, the company will continue to further develop the technology and conduct further reliability tests. 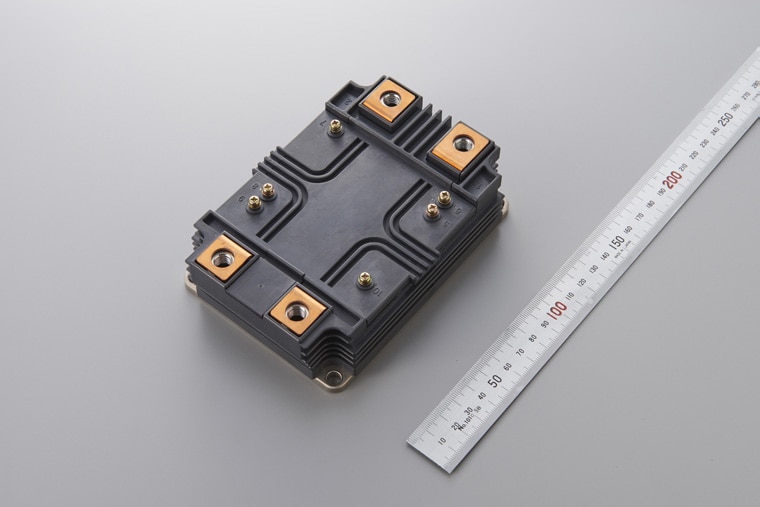