FOR IMMEDIATE RELEASE No. 3204

TOKYO, July 12, 2018 - Mitsubishi Electric Corporation (TOKYO: 6503) announced today that it has been awarded a contract by Météo-France, the national meteorological service in France, to supply a Terminal Doppler Lidar system (DIABREZZATM A Series) for use at Nice Côte d'Azur Airport, France's second-busiest international airport, which handled 13.3 million passengers in 2017. Mitsubishi Electric will supply its first Terminal Doppler Lidar in Europe with this order. The company aims to expand its weather radar and lidar business, including Terminal Doppler Lidar, in global markets to net sales of about 2.5 billion yen by March 2021. 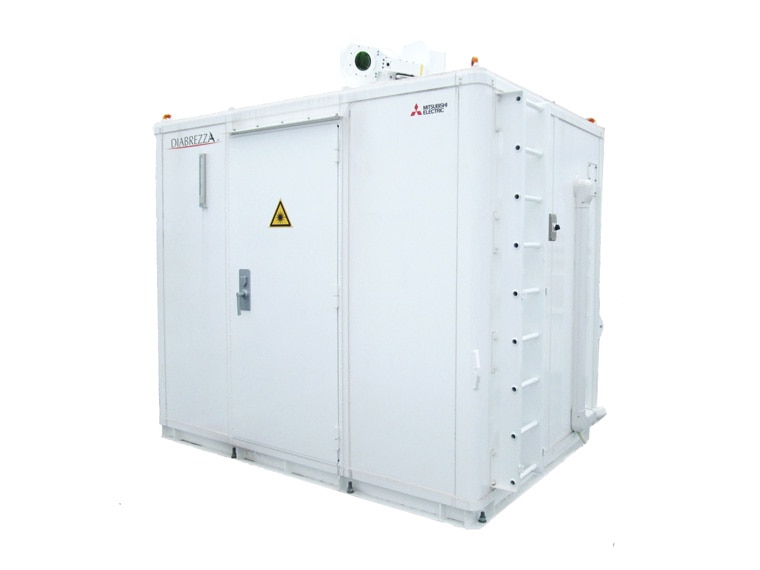 Neither the Terminal Doppler Weather Radar system for detecting wind shear around airports nor radar using microwaves to measure precipitation are effective in clear-weather conditions. To maximize prevention of aircraft accidents due to wind shear, detection is required under all conditions, not just during precipitation, which is why the integration of radar and lidar is especially crucial for large-scale airports.

A Terminal Doppler Lidar transmits laser beams and then detects light backscattered by dust and other particles in the air, which enables the system to measure line-of-sight wind speed using the Doppler frequency shift of the backscattered light. Mitsubishi Electric has developed a planar waveguide amplifier that extends the line-of-sight wind speed observation range to more than 20km and complies with Standards and Recommended Practices of the International Civil Aviation Organization (ICAO), an organization ensuring that civil aviation operations and regulations conform to international norms.